Northern Virginia has a significant number of serious car accidents every year. Some due to weather conditions or an unexpected item or animal on the roadway, while there are also a large number of cases that are the result of negligent driving—and innocent victims pay the price. Cases of drunken driving accidents, texting while driving, speeding, reckless driving and distracted drivers lead to debilitating and even fatal injuries every year throughout the state.

Car accidents can endanger the lives of all drivers out on the road at the time of a collision, and many of the victims in such cases suffer terrible injuries—some of them even resulting in permanent damage. In more serious accidents, a victim may sustain a multitude of injuries, including spinal cord injuries, internal damage, traumatic brain injury and whiplash. All of these injuries may result from a serious traffic accident, and can lead to a devastating future for the victim—including the debilitating costs of medical bills, rehabilitative treatment, hospital visits, and assisted living. If a negligent driver caused the collision, however, the injured victim has the right to pursue rightful compensation.

WHAT ARE THE COMMON CAUSES OF CAR CRASHES?
The Virginia Department of Motor Vehicles (DMV) reported in 2011 that there were over 760 fatalities from VA car accidents, along with over 63,000 people who suffered severe injuries. Just what are the causes of these accidents? While many crashes can be attributed to factors outside of human control, there are all too many incidents which could have been corrected had a driver taken more care or been more cautious behind the wheel. Take, for example, distracted driving. According to the Department of Transportation (DOT), more than 3,000 people were killed and over 400,000 were injured in accidents involving a distracted driver.

So what is considered distracted driving? According to DOT, anything that diverts the attention of the driver away from the road ahead of them could be described as a form of distracted driving. This could include anything from eating and drinking, talking to passengers in the car and even using a navigation system. One of the most prominent forms of distraction comes in the form of using a cell phone to read and send text messages. According to the International Association for the Wireless Telecommunications (CTIA), over 196 billion text messages were sent or received in June 2011. Unfortunately, many of those happen behind the wheel.

While distracted driving is only part of the equation, it does highlight a sad truth – that in many cases, car accidents are caused by human error. While weather-related causes do occur (for example, a bad storm) or a defective car part, they are not as common as those causes associated with negligent and reckless drivers behind the wheel.

Below, we explain two of the most common causes of Virginia car accidents:

Alcohol-Related: The DMV reported over 245 people were killed and over 5,000 were injured in 2011 in crashes that involved a driver who was drunk or under the influence. Alcohol is a known hazard on the road – impairing the perception, judgment and reaction time of a driver.
Speeding: The DMV reported that over 300 people were killed and over 13,000 were injured in speeding-related accidents. Speeding causes a two-fold danger. Not only does it limit the ability of a driver’s ability to react, but it gives them a far less amount of time in which to do it.
Other causes include failing to yield to oncoming traffic, tail-gaiting, as well as failing to pay attention when backing up, changing lanes or passing other vehicles on two-way roads. Regardless, however, of the cause of the accident that you were involved in, it is extremely important that you get the involvement of a high-quality lawyer that you can rely upon. If you have been involved in a car accident in the state of Virginia, you should not hesitate to get the involvement of an experienced attorney to fight for you.

At Howard, Morrison, Ross & Whelan, you can be confident knowing that you will have an attorney in your corner who means business. Combining experience with a reputation of excellence, you can be confident knowing that our firm will always keep your best interests at heart. If you are looking for a heavyweight in your corner, do not hesitate to pick up the phone and call us to schedule your initial case consultation as soon as possible. We look forward to hearing from you.

Virginia law enforcement is concerned with the number of auto accidents that are caused by drunk drivers every year and is always on alert to identify those who are under the influence, in order to protect other drivers from unnecessary harm. Alcohol plays a part in a large percentage of serious car accident cases. According to the Virginia Department of Motor Vehicles, over 10,000 alcohol-related collisions take place every year—accounting for over 7% of all traffic accidents—and sadly, many of these accidents result in permanent injuries or fatalities. Around 40% of all traffic fatalities that occur each year are a product of drinking and driving.

A drunk driver can be held accountable in a court of law and criminal charges can be brought against them, but that does not compensate a victim or their family for the terrible suffering and financial loss that they face after a serious accident. Drunken driving accidents can have tragic and permanent consequences. Innocent drivers and their passengers can suffer terrible injuries through the criminally negligent actions of drunk drivers, and they must be held accountable.

Serious injuries can lead to prolonged absence from work or permanent disability and no possibility of earning a living, or ever again practicing their earlier profession. The cost of medical treatment, rehabilitation, and nursing care will be astronomical, and the personal damages and pain and suffering can be extensive and ongoing. If you have suffered a debilitating injury as a result of a drunken driving accident, you have the right to pursue rightful compensation.

PURSUING A PERSONAL INJURY LAWSUIT
The attorneys at Howard, Morrison, Ross and Whelan are highly respected and are an accomplished group of personal injury attorneys. Our firm is concerned with the future health and well-being of our clients, and has received millions in compensation for our clients from large insurance companies. We cannot undo what has been done, but we can make sure you get the compensation you deserve to address all the damages that have resulted from the negligent actions of a drunk driver. 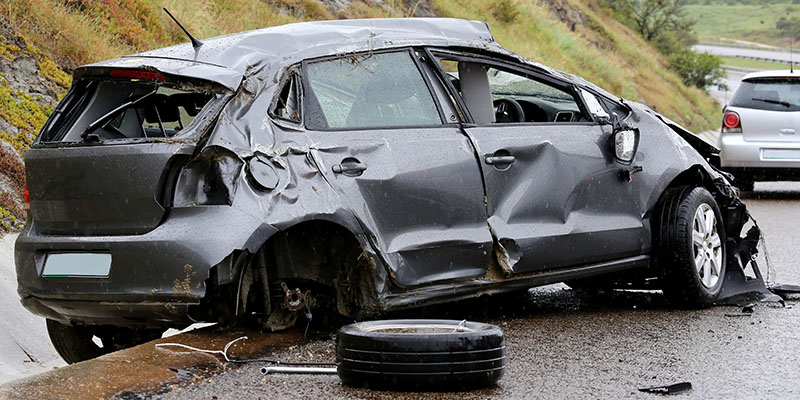 COVERAGE IN LIEU OF A CAR ACCIDENT
There are millions of cars on the road every day and accidents are inevitable. If you have been injured in a car accident by an uninsured driver, compensation can be hard to attain. Medical bills and other expenses can go unpaid if a claim is not filed immediately. Insurance companies sparingly release funds and will often do everything possible to avoid compensating you for your injuries. A knowledgeable attorney can assess your situation and file a claim against your insurance provider and the uninsured motorist. Serious injuries can result from car accidents. Catastrophic injuries to the brain, spine or internal organs can affect your life forever. Expensive medical bills and other financial losses could result from the lack of ability to work or live independently. It is important to have these damages paid for by those responsible.

WHAT ARE MY OPTIONS?
Our firm has over one hundred and twenty years of combined personal injury experience and we are dedicated to providing you with legal representation that gets results. Some insurance contracts may have uninsured motorist clauses in them which provide for these circumstances. Our legal team at Howard, Morrison, Ross and Whelan, will conduct an in-depth analysis of your insurance contract to determine if such an option exists.

Our firm is passionate and committed to our work, and we have secured many high value settlements for our clients. We have helped our clients obtain millions of dollars from big insurance companies and we are committed to pursuing the maximum possible in your claim. The injuries you suffered are an important issue, and your medical bills and other expenses should be covered by your insurance company and the negligent party. Our firm’s aggressive approach and history of success is the best recommendation for our firm. We will fight for you.